This article was last modified on December 1st, 2020.

December is a special time in the Spanish speaking world because of the most popular Christmas tradition celebrated there: las posadas, a nine day extended festivity beginning on December 16th and ending on December 24th. The celebration that first began in 1586 in México has flourished throughout the Spanish speaking world and has been enjoyed for over 400 years. This ultimate block party commemorates the experiences of Mary and Joseph as they searched for a posada (an inn) where Jesus could be born. The posada is celebrated at a different home each night and lasts until the morning hours. A crowd, along with a couple who play the parts of Mary and Joseph, reenact the journey of knocking on doors in search for shelter. When the door is opened, the crowd sings a series of Spanish carols, asking for the chance to come inside. They are denied several times at different homes until they reach the hosts’ home and the crowd already inside that home replies in song: “you may come in, there is room for you here!” Then the party begins! There is music, dancing, singing, a piñata, hot ponche (fruit punch) and plenty of delicious food and drinks for all.

Las posadas are the highlight of the holiday season in the Spanish speaking world. On December 24th, which is the 9th and final night of the posadas, most attend midnight mass and a huge party takes place afterwards. Christmas presents are not exchanged as this is not part of the traditional Christmas celebration in the Spanish speaking world. Rather, it is a time to enjoy the company of friends and family and to symbolically welcome the reason for the season into your home. 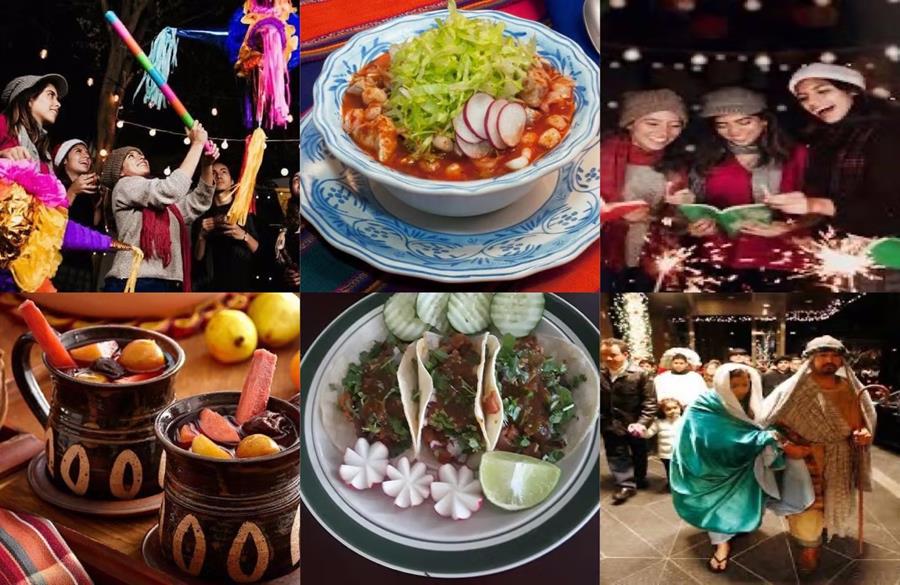